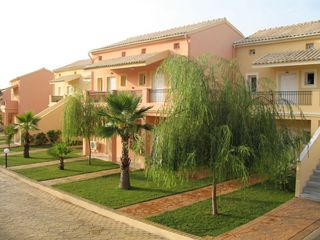 “There have been rumors circling the internet that China will impose a long-proposed inheritance tax in 2016, dropping a bombshell on the extremely wealthy."

As is often the case in countries that experience rapid economic expansion, most of the new wealth is concentrated in a small percentage of the population. And China is no exception.

Whether that is a good thing or not is debatable. Governments often react to it by imposing an estate tax, which also serves as an important source of revenue.

Now that China is an economic power it too is considering an estate tax, as reported by Want China Timesin an article titled "Beijing said to be close to imposing inheritance tax in 2016."

The estate tax in China would kick in when an estate is worth a mere $129,000. The heirs would also need to pay the entire tax amount in cash within 3 months or any property to be inherited would be auctioned off.

If instituted, this proposal has the potential to cause wealthy people to flee China. Consequently, this development is something to monitor for its potential impact on the world economy, as well as China's reaction to any fleeing citizens.

In the United States the fairness of the estate tax is a hotly contested issue. At the end of 2012, we saw the threat of a pending fiscal cliff as congress had not agreed upon a fair and comprehensive estate tax plan until the last days of the year. Many families with taxable estates made emergency measures, fearing the worst, to protect against the possibility of a looming tax increase. However, at the last possible moment, congress extended the tax exemption and even increased it.

We can never be certain about the future of estate taxes. It is always advisable to meet with your estate and probate attorney to review your plan annually and ensure your assets are protected against fluctuating tax legislation.