Judge Gives Up after 20 Years of Dispute over Estate from Austin, Texas Estate Attorneys and Probate Attorneys 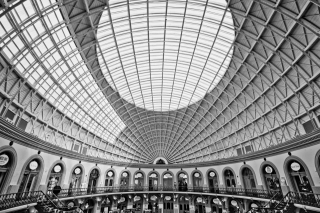 “Anna Nicole Smith lawsuit rolls on, but judge decides he has had enough.”

Judge Mike Wood, the “Anna Nicole Smith judge” for 20 years, has recused himself from the case, according to Law.com in "'I Beg You to Recuse Me': Anna Nicole Smith Judge Finally Gets His Wish."

The dispute over the estate of J. Howard Marshall is an extreme example of a family fight over money dragging on for decades.

Most people know the dispute as the Anna Nicole Smith case, since she was Marshall's much younger widow. The court room proceedings were broadcast live on TV and highlights of the day's testimony often made the nightly news. There was enough interest in the case that the judge at the center of it, Texas probate Judge Mike Wood, became known as the "Anna Nicole Smith judge."

What most people do not know is that the dispute over Marshall's estate is still going on.

The family is still fighting over it.

Judge Wood was still presiding over the matter as well. He grew so frustrated, that he begged the parties to file a motion to recuse him from the case. He got his wish eventually.

It is very rare for an estate fight to be so contentious and go on for so long, that a judge gets this frustrated. This shows, however, just how bad family feuds over large estates can get.