Price Tag May Be Attached to Repeal of Estate Tax from Austin, Texas Estate Attorneys and Probate Attorneys 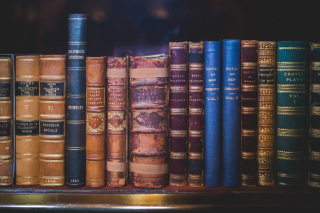 “Congress could repeal estate tax but revenue may have to be made up from another source.”

Congress could find a price tag attached to any attempt to repeal the estate tax, according to The New York Times in "Once Again, the Estate Tax May Die."

The Republican majorities in Congress have the votes to repeal the estate tax.  However, they face a couple of routes that could give them problems, including a possible filibuster or a revenue neutral requirement.

One big problem the Republicans face, is that they do not have a filibuster proof majority in the Senate, so Democrats could block any ordinary legislation.

A lesser known process called “reconciliation” could be used to repeal the estate tax with only a simple majority of Senators' support. However, for that process to be used for a permanent estate tax repeal, the Congressional Budget Office must find that the legislation is revenue neutral.

Revenue neutral means that any cuts to taxation have to be “paid for” by increasing taxes elsewhere or cutting spending. During the campaign, President Trump suggested that an estate tax repeal could be paid for by taxing all of the capital gains in an estate, but he has not proposed any legislation to do that.

It is also not certain that congressional Republicans would be in agreement with the idea.

To complicate matters, House Republicans hope to get much larger tax cuts passed on individual and corporate incomes that would also need to be scored as revenue neutral. They are having a difficult time coming to an agreement over how to pay for those cuts.