Why are More Older People Getting Divorced? from Austin, Texas Estate Attorneys and Probate Attorneys 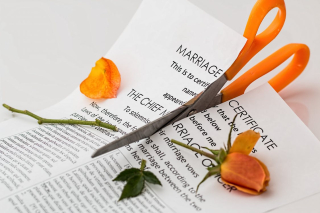 "The common belief for an increase in the divorce rate is empty nest syndrome.  However, that might not be the cause.”

Research is suggesting that empty nest syndrome is not the major reason for an increase in the divorce rate for people over 50, according to the Institute for Family Studies discussed in "Who is at Risk for a Gray Divorce? It Depends."

There have been several theories about what is behind the rise in divorce for people over 50, often called "Gray Divorces." One of the most common theories is that these divorces are the result of marriages that have been rocky for years and the couple chose to stay married, until their children were out of the home.

The research found that children leaving the home did not seem to be a factor in the increase in gray divorces. Instead, divorce was deemed more likely in couples of lesser means and for couples who were not on their first marriage.

The quality of an individual marriage was also a factor. For example, how well the couple enjoyed their free time together, plays a role in whether they get divorced.

Figuring out why older people are getting divorced at a more frequent rate is important for public policy.

Single elderly people have higher rates of poverty than their married peers. They also have more difficulty finding a support network for needed care.

Reference: Institute for Family Studies (May 1, 2017) "Who is at Risk for a Gray Divorce? It Depends."