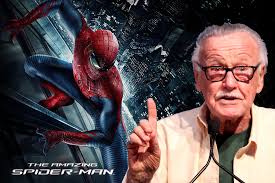 "A solid estate plan can help avoid many of the challenges presented in the news lately."

There have been a number of celebrities such as Stan Lee, Aretha Franklin and Prince in the news in recent years, who have passed away with controversies surrounding either estate plans or lack of estate plans. However, that does not have to be the case as long as a few steps are followed, according to MarketWatch’s article “Stan Lee’s tangled web of estate planning and how to avoid this mess.”

Lee, publisher and chairman of Marvel Comics, died at age 95 after a year-long illness. He is survived by his 68-year-old daughter, J.C., and has faced a number of unpleasant and public challenges in the last few years. His wife of nearly 70 years died in 2017, and earlier this year he was accused of sexually harassing nurses and home aides.

Lee also reported that about $1.4 million were missing from his bank accounts, and that $850,000 was stolen to purchase a condo.

Lee had also retained and fired a number of business managers and attorneys in recent times. He said he had handled most of his money management by himself in his early years but then realized he needed help. Unfortunately, some of the people he trusted were people who later proved to be untrustworthy.

It is yet unclear whether Lee had a will or any trusts in place. Many celebrities do not have these documents, putting heirs and potential beneficiaries in a position where they have to battle it out in a courtroom setting. Aretha Franklin and Prince are just two examples of high-profile, mega-million estate disasters.

For the rest of us, estate planning is fairly straight-forward, as long as we get it done. There are a few steps everyone needs to take, including planning for incapacity or disability, getting important documents prepared, such as a will and power of attorney, and reviewing beneficiaries.

What often happens is that as people age, they suffer cognitive decline in varying degrees and there’s a professional or a family member who believes this is occurring. In Stan Lee’s case, he signed a document stating that his daughter spent too much money, yelled and screamed at him and had befriended three men with intentions to take advantage of him (from the Hollywood Reporter). A few days after the document was notarized, Lee took it back.

As people become less confident in what they’re doing, they are susceptible to being manipulated by other people.

Having an estate plan set up years in advance of any cognitive decline, is one way to protect against these kinds of situations.

For Lee’s estate, the sheer volume of documents will be a challenge. There may be many lawyers and business managers and accountants showing up, all claiming to have been brought onto the team with specific directions upon his death.

Regular people can avoid a lot of this by focusing on these questions:

An estate planning attorney can advise you on creating an estate plan that fits your unique circumstances.

Reference: MarketWatch (Nov. 14, 2018) “Stan Lee’s tangled web of estate planning and how to avoid this mess.”

Posted by Austin Estate Lawyer on 12/12/2018 at 06:51 AM in Asset Protection, Estate Planning, Power of Attorney, Probate | Permalink