What Is in Rush Limbaugh’s Estate? – from Austin Estate Planning 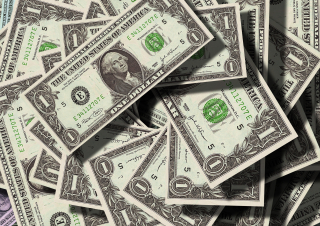 “A decade ago, the late Rush Limbaugh scoffed at the notion of leaving any of his money behind.”

A year after announcing he had terminal cancer, Rush Limbaugh is dead. It also looks like he left a lot of money behind.

Wealth Advisor’s recent article entitled, “Rush Limbaugh's Secret Estate Plan” reports that some estimates put his net worth above $600 million, which may be only his career earnings and not a real net figure. However, it gives you an idea about the amount of cash flowing into his operation over the years.

Limbaugh’s "Southern Command" in Palm Beach alone can be worth up $50 million to his estate.

However, unless he made a whole lot more effort to look out for his posterity than anyone but the tabloids suggests his widow is in charge now. They didn’t have children, so she inherits it all.

Limbaugh’s attorneys structured his plans, but he hated taxes and protected his privacy. However, that privacy wasn't perfect: the commercial rights to his show and auxiliary businesses were held in an LLC named after his widow Kathryn and himself. Kathryn Adams Rush Hudson Limbaugh = KARHL. KARHL Holdings LLC was formed in 2010, when they got married. The business has two employees, Kathryn and Rush. It shares an address with a charitable foundation the couple set up in their names.

The foundation is fairly modest by billionaire standards, but a few million dollars a year have moved in and then out to Rush-friendly organizations. Perhaps it will inherit his stake in KARHL and start making huge grants. No matter what, Kathryn will make those decisions. Now that Rush is dead, she and her aged mother are the only two officers of record, and if she inherits his interest in the LLC, the benefit goes to her.

Some of the tabloids reported that Rush hated Kathryn toward the end and tried to cut her out of his will. However, realistically, if he hated her, he would have liquidated the holding company and wound down the foundation. That didn’t happen.

With his diagnosis, Rush had a year to consider his mortality. There may have been a prenuptial contract, but her name is on all the organizations with his, and these organizations were set up after the marriage.

It looks like he intended for Kathryn to assume control of his assets.

The big question is who inherits his desk and his microphone?