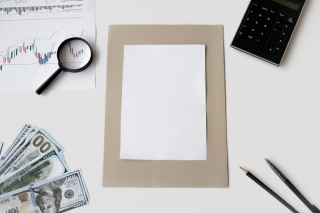 "Benjamin de Rothschild, an heir to the Edmond de Rothschild banking legacy, died at age 57 after suffering a heart attack, his group announced on Saturday.”

A member of one of Europe’s most famous banking families, Benjamin de Rothschild inherited a branch of the family bank that concentrated in private wealth management. The Edmond de Rothschild group, founded in 1953 by Edmon Adolphe de Rothschild, manages more than $190 billion in assets and employs 2,600 people in 32 locations around the world. Forbes estimates that Benjamin was worth about $1.4 billion at the time of his death, with his ownership of Edmond de Rothschild Holding SA accounting for most of his fortune.

Benjamin is survived by four daughters — Alice, Eve, Olivia, Naomi — and his widow, Ariane, who has run the Rothschild Group with him for several years.

Benjamin De Rothschild had been in control of the banking concern created by his father since 1997 and worked to simplify its structure after delisting.

As of the end of 2019, Edmond de Rothschild Holding SA had $194 billion in assets with activities in 15 countries.

In 2018, after battling another branch of the family over the use of the family name, the two factions announced they’d reached an agreement on the use of their respective brands, after litigation in 2015 from Benjamin concerning the Rothschild name in private banking.

Since 2015, Edmond de Rothschild has been run by Ariane, Benjamin’s wife. This was a decisive turn from the last will and testament of founder Mayer Amschel. He wrote famously in 1812 that the Rothschild business should pass between male heirs and “belong to my sons exclusively.”

The banker donated generously to Israel, including $22 million for the country’s effort to combat the coronavirus.