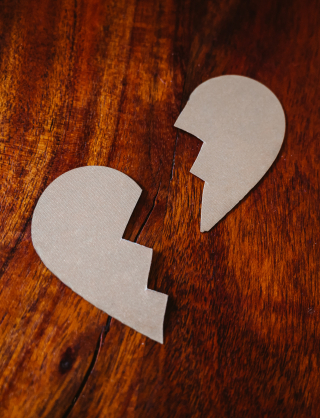 “Kelly Clarkson had reason to celebrate on Wednesday after learning that a judge has upheld the prenuptial agreement in her bitter divorce battle with ex-husband Brandon Blackstock.”

News outlet TMZ reported that Kelly Clarkson was on the set of her TV show, The Voice, when she heard the news and “let out a scream” of joy, with fellow coaches Blake Shelton and Ariana Grande about her prenup.

The Daily Mail’s recent article entitled “Kelly Clarkson's prenup UPHELD by judge in divorce battle” says that while Clarkson was filming the singing competition, she received an email from her lawyers informing her of the good news that her prenup had been kept in place. As a result, she’ll keep the bulk of her assets and income.

In July, Clarkson, who is estimated to be worth $45 million, was ordered to temporarily pay ex-husband Brandon Blackstock about $200,000/month in spousal and child support. Court documents also showed some details of Clarkson's finances: she personally earns $1,583,617 a month. With the court’s decision, Clarkson will keep most of their assets, including the Montana ranch where her ex-husband is currently living.

Blackstock had been contesting the prenup and wanted to split their properties 50/50, as well as the money she earned throughout their marriage, but a judge denied this request.

A judge found for Clarkson that the signed prenup had to be taken into account. The pop star now has the right to sell the Montana ranch because she’s the one who bought it.

The parties’ divorce has been bifurcated—which means that the end of the marriage has officially been declared. Clarkson has been awarded primary custody of their minor children - River and Remington.

It was previously reported that Clarkson would pay 70% of her children's school fees and expenses. However, she had refused to pay for the Montana ranch. The judge ordered that Blackstock carry the financial burden of his Montana ranch that costs around $81,000 a month to run in expenses. Now it looks as though Clarkson will sell it.

Blackstock is currently living at the ranch and is using it as his primary residence. He’s earning around $10k a month. In comparison, Clarkson was bringing home around $1.5M a month.

Court documents confirm that Kelly will continue to pay her ex $150,000 per month while the divorce case continues, as well as $45,000 in child support. Clarkson has sold a staggering 25 million albums and 45 million singles worldwide in her career, and currently has her own hit talk-show. She started dating Blackstock, a country music manager, in 2011. They married in 2013.