How Do Taxes Work If I Live in One state and My Spouse Another? – from Austin Estate Planning 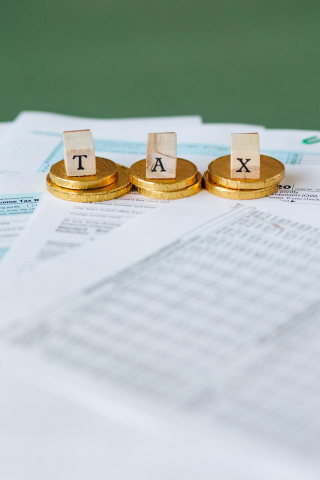 “What happens to taxes if I move to Florida and my wife stays in N.J.?”

It’s not uncommon for one spouse to retire while the other spouse continues to work. It’s also not uncommon for a couple to own a home in two states (think primary residence and vacation home or cabin). Dick, the retired spouse in our example, stays in their Florida home more frequently than his wife, Jane, because of her job. She’s still in New Jersey. Dick’s now in Florida about half the year. He has a deferred salary he earned while working back in the Garden State, and it will be paid out annually over the next eight years. Dick will be required to pay federal and New Jersey income tax no matter where he lives, and he says he’s okay with paying his fair share. Should Dick become a Florida resident and what happens if Jane stays a New Jersey resident?

NJ Money Help’s recent article entitled “What happens to taxes if I move to Florida and my wife stays in N.J.?” says that the primary reasons why people change their resident state are taxes and retiring from their employment. Based on Dick’s willingness to continue to report his deferred income as a New Jersey source and pay New Jersey taxes, he should have no problem claiming Florida as his domicile if he takes the proper steps.

A domicile is the place you consider to be your permanent home, even if you may have multiple residences. Besides the test of your presence in a state, the other major factors in establishing a change in domicile are demonstrating intent to remain in the new state and to abandon your former domicile. These are more difficult to prove than physical presence. There’s also no one factor that tax authorities consider conclusive.

Since Jane will remain a New Jersey resident, Dick will have to plan carefully to prove his intentions. Some of the steps might include:

While no one thing will make or break Dick’s domicile claim, taxpayers are wise to provide as much evidence as possible to tax authorities. Although income taxes aren’t the primary reason for claiming Florida as his domicile, most taxpayers are motivated to change their domicile to a state with a lower tax or no tax rate like Florida. The state a taxpayer leaves, such as New Jersey, will focus on clear and convincing facts that support Florida as Dick’s new domicile state.

As for tax reporting, when it comes time to file Dick’s tax return, he has the ability to change his domicile to Florida while Jane continues to work in New Jersey and claim New Jersey as her domicile. They can continue to file a joint federal tax return, but Dick would then file separately for New Jersey state purposes.