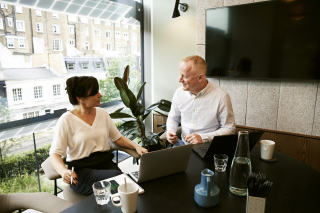 There are some advantages to working past 65. However, if you don’t manage them correctly, it could cost you, says the article “Working past 65? Don’t overlook these 3 key facts about your employee benefits” from CNBC.

There are a number of reasons why people keep working, from saving more for their retirement to maintaining their employer-subsidized health insurance plans and increasing Social Security benefits. Some people actually enjoy their work and the social interactions it provides and don’t necessarily want to stop. Whatever the reason, benefit enrollments need to be navigated carefully.

Health Insurance and Medicare. Once you celebrate your 65th birthday, you are eligible for Medicare. The catch is, you need to coordinate your workplace coverage with your participation in this federal healthcare program. Whether you are required to enroll, depends upon the size of your company. If you work at a company with fewer than 20 employees, chances are you’ll have to sign up. Medicare will become your primary insurer. If your company has more than 20 employees, it must continue to provide you with health insurance, regardless of your age.

When you finally sign up for Medicare, you have a seven-month initial enrollment period to sign up. If you miss that window, you may be subject to a 10% late-enrollment penalty on your Medicare Part B premiums. The penalty is applicable for each 12-month period for which you were eligible but didn’t sign up.

If you are older and still employed, you are eligible for a penalty-free, eight-month special enrollment period, once you or your spouse lose workplace coverage.

Do a side-by-side comparison of workplace benefits versus Medicare before you make the decisions. You should note that COBRA does not count as qualified employer coverage.

As long as you have a high-deductible plan with a health savings account (HSA) at work, you cannot contribute to it once you’ve signed up for Medicare. You can save money on a pre-tax basis in an HSA and have it grow tax-free. When you make withdrawals for qualified medical expenses, those distributions are also tax-free. However, if you don’t sign up for Medicare because you have your health insurance through an employer, you can continue to contribute to your HSA.

What if you are close to turning 70½? That is when you’ll need to start taking required minimum distributions from your 401(k) or individual retirement accounts. These withdrawals are taxable. If you are still working, here’s the advantage: if you are participating in a 401(k) plan, you might not have to take this distribution until you retire. It depends upon your plan—so be prepared to read some fine print or ask your HR department for details.

There are some exceptions. If you own more than 5% of the company, you still must take the RMDs. You can only postpone RMDs from the 401(k) at your current employer. If you have IRAs and 401(k)s from any other employers, you’ll need to take those withdrawals. Here’s another bit of good news—if your company’s plan allows it, you may be able to roll your IRA back into the 401(k) and delay it altogether, if you don’t need the money. Speak with an estate planning attorney to be sure that your situation permits this.

Will You Need to Join the Retirement-Age Workforce?- from Austin Estate Planning 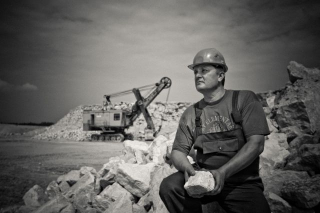 “Today, approximately one-in-five Americans 65 and older are working or looking for jobs, according to the U.S. Bureau of Labor Statistics.”

The number of Americans who continue to work after celebrating their 65th birthday is expected to increase to as high as 23.3% in 2028, according to an analysis from the Pew Charitable Trusts, which notes that the workforce participation rate for the same age group in 1998 was a mere 12%.

According to the article “One-Fifth of Retirement Age Americans Are Working, And Their Ranks are Growing” from Financial Advisor, some of the highest paying jobs for seniors are at colleges and universities, where their average salary is more than $93,000 a year.

That can be balanced by the more than 165,000 working seniors who are employed in grocery stores, where they earn a salary that averages $31,000 a year.

Does the increased number of older workers mean that there is less room for younger workers? In part, yes. However, people in the job market ages 16-24 are not seeking jobs as much as they did in the past. In part, that’s because they are in school. It’s clear to this generation that having a college degree is a necessity for future success.  However, older workers are also taking some of the entry level jobs that younger people once held.

The rise of the senior employment may be in part because of the sticker shock that occurs when retirees realize that Social Security benefits don’t go as far as they expected.

In the southeastern states, and especially in Mississippi and Kentucky, only 14% of seniors over age 65 report that they are working.

Taking a closer look, seniors in areas where the cost of living is high, for example, Loudoun County, VA, a suburb of Washington, D.C., are more likely to be working. More than 25% of people 65 years and older in that area are working.

Another contributor to more seniors working, is the increasing absence of defined benefit plans. In the past, employers could be counted on to provide pensions that would continue for worker’s entire lifetime. The emergence of individual retirement plans and 401(k)s put the onus on the employee to save and invest for their retirement, which some have been able to do more successfully than others.

States are scrambling to fund job-training for seniors, most notably in Colorado, Minnesota, and Hawaii, where the employment rate of older workers is increasing the fastest.

Reference: Financial Advisor (September 27, 2019) “One-Fifth of Retirement Age Americans Are Working, And Their Ranks are Growing”