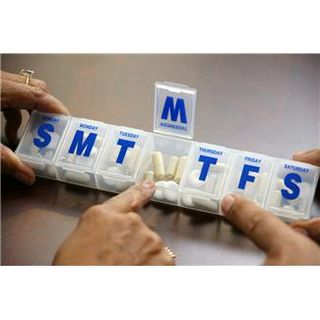 Do you know the difference between Medicare and Medicaid? Although you may feel you need a PhD. in government bureaucracy to understand it all, let's take a basic approach and break it down to a "third-grade" level.

Since you may be called upon to decipher Medicaid for your parents, be sure to read a recent Forbes article titled “Medicaid And Your Parents: The Basics.”

In general (third-grade) terms, Medicare is regulated totally by the federal government, and Medicaid is a joint program of both federal and state. The federal government sets the Medicaid guidelines, but the states will establish their own rules and programs within those boundaries.

Remember: each state has its own threshold, within limits. In addition, the rules can vary not only by state, but also in some instances by county.

Sound complicated? It is. If you want the “Doctorate” version, speak to a qualified elder law attorney who specializes in this area to get the right answers and to discuss your specific situation. 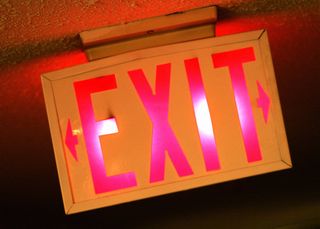 ‘“There is a strong possibility that the gap is going to be closed over a few years,” said Jamie C. Yesnowitz, a principal at Grant Thornton and chairman of the American Institute of Certified Public Accountant’s state and local tax technical resource panel. “Once some of these other states see New York and D.C. are doing this, I would find it unsurprising if some of these other states join the bandwagon.”

Until — or if — that happens, people who have more money than their state’s exemption but less than the federal exemption generally have three options: set up trusts to reduce or defer the tax, start making gifts to reduce the estate or move. All have complications and pitfalls.”

The estate planning world has been in a bit of shock for the past few years. While the federal estate tax exemption has climbed to ever more generous levels, many states are creating new or increasing old wealth transfer taxes. Taxpayers who are in the clear when it comes to federal death taxes may be socked with state death taxes.

Will the states follow suit and drop draconian estate laws?

A recent article in The New York Times, titled “Some States Are Moving to Loosen Their Estate Taxes,” suggests there may be hope.

Unfortunately, the spaces between the federal tax and the state-level taxes can be sometimes tricky to navigate. Trickier still can be the space between two states. After all, “living” across state lines is not at all out of the ordinary, but having to think about entirely different tax schemes (sales tax aside) is generally less so.  Moreover, as the original article elaborates, the states find themselves at odds and fighting jurisdictional battles.

Note: An important pattern may be developing, as more states loosen the rules and either eliminate the death taxes or make them as forgiving as the federal rate. New York and D.C. have recently begun reassessing their taxes, with many more either open to debate or actually winding them down.

Reference: The New York Times (January 24, 2014) “Some States Are Moving to Loosen Their Estate Taxes” 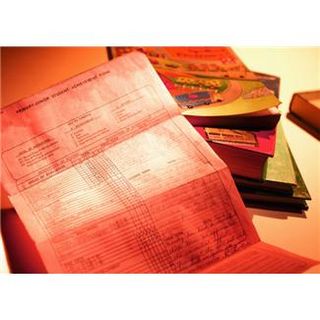 The Federal government may be bigger, but when it comes to estate planning you simply cannot forget state laws. If you are building your estate plan, ignore your state estate taxes (present or future) to your peril.

MarketWatch recently provided some advice in an article titled “Protecting your estate in a high-tax state.”

Ironically, the estate tax scare at the federal level is less of a concern at present. The IRS has issued the estate and gift tax exemptions for 2014 and the new unified exemption/credit will be pegged at a cool $5.34 million. Unfortunately, the states did not get the same memo.

The states are still different and vary considerably. Certain states have their own forms of gift tax, estate tax, inheritance tax, and so on. There are even more subtle taxes such as those on real property.

Even if you live in one state, you might just be affected by the laws of another state if you own the wrong kind of property or conduct business there. Where you choose to retire could also upset your estate tax planning apple cart. In addition, you may be inheriting from family members who are residents in a tax-happy jurisdiction.

Consequently, it is important to follow the Boy Scout motto and always “Be Prepared.’

Reference: MarketWatch (October 28, 2013) “Protecting your estate in a high-tax state”

Posted by Austin Estate Lawyer on 11/13/2013 at 07:57 AM in Charitable Giving, Giving, Internal Revenue Service, Multi-Jurisdictional Law, Out of State | Permalink | Comments (0) 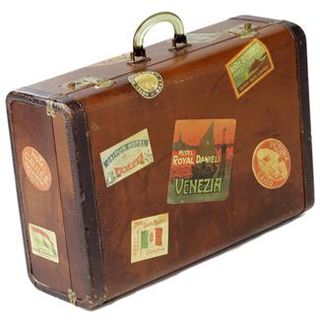 "A U.S. tax crackdown is coming for foreign retirement plans. The U.S. has been pushing banks and individuals to report overseas assets, making it tougher to hide money abroad with new rules and penalties rolling out under the 2010 Foreign Account Tax Compliance Act, known as FATCA. The next wave of scrutiny will cover retirement accounts, Bloomberg BNA reported."

Some retirees are happy to grow old in place and in their family homes. Other retirees, however, seek to a change of scenery, exotic climates, and living out their days in foreign countries. Unfortunately, a “foreign” retirement may attract troubling scrutiny from the IRS, and its vice grips are certain to dig deeper with the implementation of FATCA.

According to a recent Bloomberg article titled “Foreign Retirement Plans Seen Scrutinized in U.S. Effort: Taxes,” FATCA, or the Foreign Account Tax Compliance Act, is a 2010 law set to crack down on foreign accounts held either intentionally or otherwise to elude U.S. taxation.

While it has been a surprisingly effective initiative, FATCA also has caused some unintentional headaches for some unintentional targets. Banking in various parts of the world has already felt some sting. Foreign banks (notably Swiss banks) have been bogged down with FATCA regulations and some have taken it out on Americans abroad.

If you have been thinking of retiring to foreign shores for some time, then you might be familiar with FATCA. However, as the Bloomberg article notes, the scrutiny attending FATCA is about to reach out into retirement accounts.

Retirement accounts are, generally, designed to be exempt. Nevertheless, the problem is intervening international laws, government-to-government agreements, and ensuring that your foreign retirement does not fall within the sights of FATCA. Instead, you need to ensure that your retirement finds its rightful exemption.

This is a developing issue. If you are or may be affected, then it is essential that you stay informed. 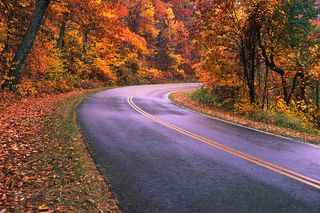 "No matter where you retire, you'll owe the same to Uncle Sam in federal taxes. But your choice of retirement destination could have a significant impact on what you'll owe in state taxes. State tax burdens vary widely across the U.S."

Where will you retire? Will it be beaches versus mountains, north versus south, or cool versus warm? As long as you are staying in the States, your choice of location is more than a choice of geography.

Each state is different when it comes to the legal and tax environment a retiree or estate planner will face.

A recent Kiplinger article titled “States Differ on Retiree Tax Burden” is well worth your read. Furthermore, you will want to save it to your “reading file” for future reference.

Remember, you are planning for that special place where you intend to spend your golden years. That means you will need to consider the effect of location on both your retirement and your estate.

The Kiplinger article provides a state-by-state run down on the tax basics and a colorful map to guide you. Each state offers various perks and challenges to the retirees that are well worth investigating and understanding.

Since choosing your retirement location is one of those significant life events, you should follow the carpenter’s rule of thumb: measure twice and cut once. 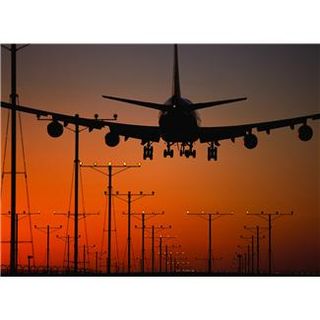 "It’s no secret that Americans are obsessed with taxes and unhappy with the IRS. Take the IRS crackdown on foreign accounts and income …. Some people vote with their feet. For most, taxes are at least part–usually a big part–of the equation."

The golden years sometimes mean golden sands. Increasingly, for many “former” Americans, such golden sands are foreign rather than domestic beaches. Before ditching your passport, look before you leap.

Expatriation can be a difficult transition for legal and tax reasons.

This was the subject of a recent Forbes article titled “Thousands Leave U.S. Over Taxes---5 Rules If You're Tempted.” Here are the five points cited (and further explained) in the article:

Taxation is not the only reason to expatriate or the only difficulty you will face. Expatriation means an entire restructuring of your legal and financial life, so the laws of both the U.S. and your new country need to be considered.

Before saying goodbye to the U.S., expect extra thorough scrutiny from the IRS. 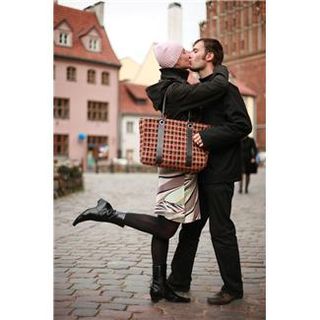 "Love has no borders, of course, which may help explain why it's not just the economy that's gone global. To hear estate and tax planners talk, cross-border marriages are skyrocketing—along with a host of international estate and tax-planning headaches."

If you have an international family, then you know things can get complicated in a hurry. You are not alone. As the world becomes ever smaller, it logically follows that people of different nationalities will meet and tie the knot. That is when things can get knotty.

International marriage can trigger a taxation and estate planning headache.

In fact a recent article in The Wall Street Journal reported the following: “All told, nearly five million Americans in 2010 were married to someone who was born in another country, twice as many as in 1960, according to the Minnesota Population Center. Other countries have had similar jumps.”

The article, titled “A Global Love Affair,” observed that these global affairs bridge the invisible lines on the globe between nations and unite loving couples from Russia, the U.S., France, Germany, and places more exotic – then tie the laws of those same countries into knots.

If you and a loved one are separated by an incidental national barrier, then be wary of how the respective laws of your respective nation may conflict and potentially confound. There are almost as many sad legal stories as there are happy love stories.

For more information about estate planning in Austin, TX visit our firm website.