The IRS Fight with Jackson Estate Goes On and On from Austin, Texas Estate Attorneys and Probate Attorneys 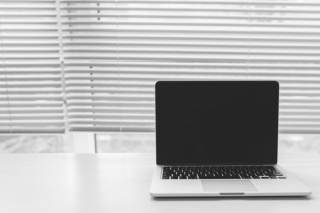 “A ruling on the IRS battle with Michael Jackson’s estate could determine how celebrity images will be treated for estate tax purposes in the future.”

Michael Jackson died in 2009 and after all these years, the battle goes on between the entertainer’s estate and the IRS on calculating his worth, according to Bloomberg in "Michael Jackson Is Worth More Than Ever, and the IRS Wants Its Cut."

Jackson’s estate, executed by his longtime friend and attorney, is engaged in a lengthy battle with the IRS over the value of the estate. The Michael Jackson Trust is currently believed to be worth about $1 billion, but it is not certain how much of that value can be attributed to events during Jackson's lifetime, as opposed to events after his death.

The central issue in the dispute is how much Jackson's image rights and music rights were worth at the moment of his death. As you may recall, the singer had been disgraced by high-profile scandals, including allegations of child sexual abuse. Because of Jackson's negative image at the time, his estate values his likeness at $2,105.

The IRS points out that immediately upon his passing, Jackson's image was resurrected and his music began selling again. The IRS uses this to place a value of Jackson's likeness at the moment of his death at $434 million. Obviously, the two sides to the dispute are not even in the same ballpark, or even on the same continent.

It seems inevitable that this dispute will eventually have to be settled by the courts. Estate attorneys will watch closely,  since any ruling will determine how celebrity images will be treated for estate tax purposes in the future.

Reference: Bloomberg (Feb. 1, 2017) "Michael Jackson Is Worth More Than Ever, and the IRS Wants Its Cut."