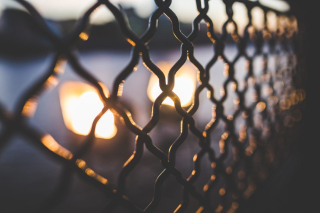 “President Trump’s policy of cracking down on illegal immigration, could have an impact on the availability of health care for the elderly.”

The general principle of supply and demand when applied to fewer immigrants in the workforce, could have a direct impact on the lives of the elderly, according to Financial Advisor in "Trump Immigration Moves Could Mean Big Bills For Seniors."

The attempt by the U.S. to enforce its immigration law, is creating varying opinions from economists on how it will impact wages, prices and economic growth.

One general economic principle, however, is fairly simple.

The smaller the total size of the labor supply, the more that businesses must pay for labor. That is basic supply and demand. Some of the increased cost that businesses have to pay for labor, may be passed on to consumers.  However, the actual amount is a source of debate.

Approximately one in four home health aides are immigrants. Some of them are here legally and some are not. Elder law and immigration law advocates are already starting to report that many illegal immigrants are going into hiding, since they fear being deported. There is beginning to be a shortage in the labor supply for home health workers that are needed to keep the elderly in their own homes.

If this continues, it could force more seniors into nursing homes and assisted living facilities. This could also come with greater costs, since there are only so many available beds and many of those facilities also rely on immigrant labor. 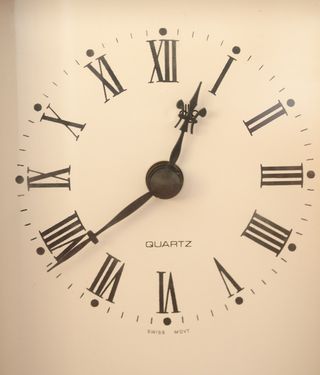 "Just when you thought the estate tax laws were permanent, President Barack Obama comes out with a comprehensive plan for changes that would take away many strategies that save wealthy families taxes."

As we’ve said before, estate planning is not a one-time project. As life changes, you need to make adjustments to your plan. And the same notion goes for any changes in the law.

Now that President Obama has released the full details of his latest budget proposals and experts have had time to review them, details are emerging about some of the big changes that could be in store for wealthy families' estate plans if the budget proposals pass.

Forbes has a complete rundown of the proposed changes in an article titled "Obama Budget Would Upend Estate Plans."

While you will want to read the original article, here are some of the highlights:

President Obama has also proposed a whole host of other tax changes designed to force wealthy individuals to pay more in taxes. While not all of the President's proposals will pass Congress, many of them might.

Consequently, it is very important that you pay attention to what these tax hikes might mean for your taxes and your estate plan. If the laws change, you may need to change your estate plan as soon as you possibly can.

Be sure to consult an experienced estate planning attorney or probate attorney sooner rather than later. 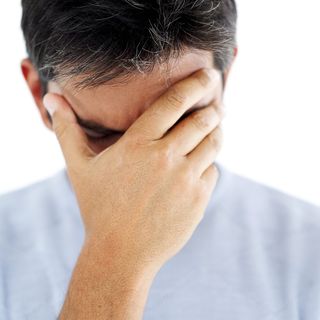 President Obama’s State of the Union address in January revealed plans to eliminate the “step-up” provision in the capital gains tax. This has caused all estate planning attorneys to be on a state of high alert. If congress chooses to enact this proposal, the new tax law could drastically alter the way high net worth AND average net worth families plan for their future.

An article in WealthManagement.com entitled “Is The ‘Step-Up’ Stepping Down?” delves into the technicalities of the step-up basis and how new provisions would affect trust planning.

Simply put, current laws reduce the amount heirs might pay in a capital gains tax. President Obama’s plan, however, would increase that amount. The plan would aim to close a “trust loop-hole” that he argues saves the rich from taxes they should fairly pay.

The WealthManagement.com article offers a fair counterpoint. Instead of preventing the wealthy from avoiding paying capital gains taxes, this would only increase the number of ALL families using trusts to avoid these taxes. As trusts are a means to transfer assets easily upon death and reduce estate taxes, more families of modest wealth would be creating their own trusts. And for the ultra-wealthy, it would be an opportunity to only explore more creative estate planning tools for which to protect their assets.

It’s an interesting lesson on the economy of taxation and consumer reaction. We can only wait and watch to see how congress receives the plan. To revisit your own plan and anticipate any new changes in tax law, consult with your estate planning or probate attorney.

Reference: WealthManagement.com (February 4, 2015) “Is The ‘Step-Up’ Stepping Down?”

“Add this to the scary but improbable things people are hearing could happen because of the new federal health-care law: After you die, the state could come after your house. The concern arises from a long-standing but little-known aspect of Medicaid, the state-federal program that provides health coverage to millions of low-income Americans. In certain cases, a state can recoup its medical costs by putting a claim on a deceased person’s assets.”

Medicaid is an important social safety net for those who truly need it. Nevertheless, it is not without its drawbacks and should be understood before using it. For example, “Medicaid Asset Recovery” is one drawback many are just now discovering as the program is expanding under Obamacare.

So, what is “Medicaid Asset Recovery”? In layman’s terms: after you pass away the government can recoup the benefits you received from Medicaid by taking from your remaining assets, which usually means your house.

The Washington Post recently touched upon the new anxiety about the Medicaid Estate Recovery program in an article titled “Little-known aspect of Medicaid now causing people to avoid coverage.” Bottom line: Medicaid Asset Recovery is an important reality for families to understand.

Now, asset recovery has been a part of the Medicaid program for quite some time. It has been the means by which the government recoups costs for expensive Medicaid coverage for long-term care, at least when there was no surviving spouse or minor child involved. However, the law has expanded so states can recoup losses for any Medicaid benefits provided after age 55.

Since it is “Medicaid” (a shared Federal-State program), states vary in their use and tolerance of the asset recovery procedure. Nevertheless, as a family member caring for an elderly loved one it does present a potential dilemma between receiving Medicaid benefits and keeping the house. If the house is actually a “home” with sentimental value to the family, or even if it is a valuable property worth bequeathing, then there are many factors to consider and maybe even more alternatives to explore.

In the end, however, the care of an elderly loved one is never less important than their house or some of their other assets. On the other hand, this is a prime example of when your family should consult with an elder law attorney sooner to plan for the best financial and legal solution for your family later on. On Jan. 1 … for the first time since Medicare’s creation seniors who seek psychological therapy will be responsible for 20 percent of the bill while Medicare will pay 80 percent, the same percentage it covers for most medical services.

If you have not heard by now, as of January 1, a whole host of Obamacare provisions went into place. While we are really just beginning to parse them out, one change for elderly and Medicare beneficiaries that went into effect has been on the books since 2008 through the Medicare Improvements for Patients and Providers Act. Medicare will now cover costs for psychological care to the same degree as physical medical costs at the 80/20 Medicare/Beneficiary split.

The New York Times - The New Old Age Blog took note of this change in a recent article aptly titled “Medicare to Cover More Mental Health Costs.” It seems psychological issues are often the most directly felt difficulties in the life and wellbeing of elderly Medicare beneficiaries. With the new change, the long-held gap in coverage between the costs for physical medicine and psychological care has now been closed. Consequently, more elderly beneficiaries will be able to afford the care that is uniquely suited to their own needs and happiness.

Nonetheless, a few sources of disparity between medical and psychological care for the elderly remain, as further noted in the original article.

Does this recent change affect an elderly loved one? If yes, be sure to help them seek appropriate mental healthcare. "A couple weeks ago on April 10, President Obama released his budget proposal for 2014.  Although the proposal largely focused on areas such as military spending, education, Social Security and health care, hidden between the lines of the 244 page document were some important implications for estate planning."

Have you been tracking the budget battle storm clouds? Estate planning attorneys are keeping a wary eye cast in the direction of the President’s budget proposal. It targets a number of important estate planning techniques.

Forbes has been watching the various budget proposals with great interest and provided a helpful summary in an article titled “Obama's Budget Proposal: The Impact On Estate Planning Tools.”

Essentially, this is a crib sheet list of the techniques presently in the crosshairs:

Click over to the article for an overview of the techniques, along with examples of their estate planning applications.

If your current estate plan already includes one or more of these techniques, then any change could impact you, your loved ones and your assets in a significant way. This would be a good time to schedule a review consultation with your own estate planning attorney.